As a Microsoft Cloud Champion Partner and outsourced IT support specialist in Greenville, SC, Palmetto Technology Group (PTG) upgraded to Windows 8 before its official release.  It’s been a lot of fun to learn this new operating system, and there are many shortcuts and quick keys built into this OS that can really enhance the overall customer experience. Now that Windows 8 has been released to the public, I’d like to take some time to share our 3 favorite features:

“Windows on the go”- This is a slick new feature that I’ve personally been waiting for years to see. Windows on the go lets me take my Operating system with me via USB drive, so I can boot my PC, with my documents, and my settings, on any computer in a matter of seconds.

“Personalization” - The tile feature is a major part of Windows 8’s start screen. It’s incredibly easy to add and remove tiles, adjust tile size, and configure my dashboard for streamlined performance. In addition to live news feeds, there is a custom app center for everything from Netflix to “INRIX Traffic” an app that features updates like accidents, police, construction and events to help you avoid traffic. This feature is what really seperates Windows 8 from previous Operating Systems.

“Universal Profiles” - I’m constantly on the go, so it’s been great to have a profile that follows me between multiple devices. With Windows 8’s built in SkyDrive functionality, I don’t have to worry about which documents made it onto my jump drive, or redrafting a proposal on the fly. Everything’s automatically linked to my windows live account.

Ultimately Windows 8 is a smaller, faster, better version of Windows 7. It’s got faster boot times, it gives me 40% longer battery life, has quicker performance, it’s more secure, has a faster wi-fi reconnection, there are multi-monitor improvements, and an improved task manager. What’s not to like? 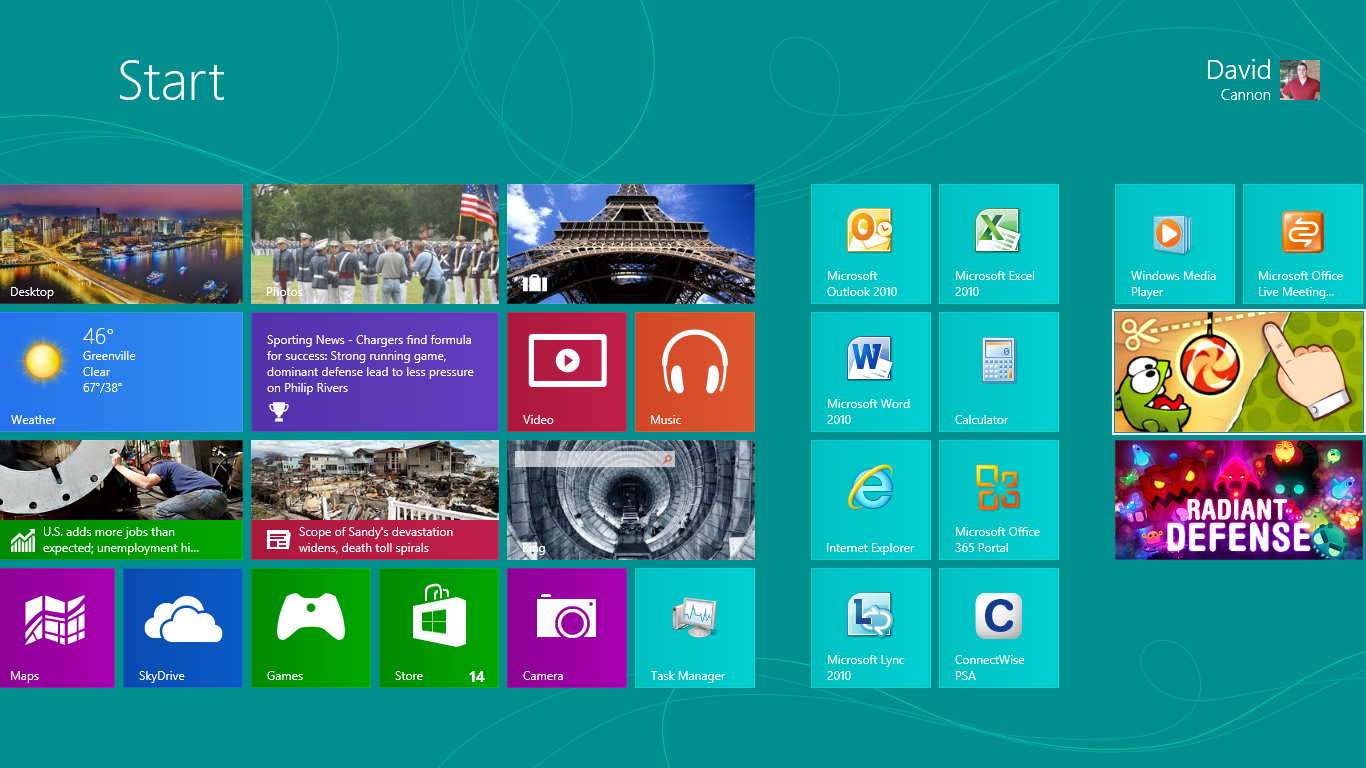 Laptops, Tablets, and Smartphones All Create Attack Paths to Your Network - Here's How Endpoint Security Blocks Them.
Data Security Round Up: Our top advice
Preventing Data Breaches with Mobile Device Security
6 Tips to Keep Your Data Safe on Vacation