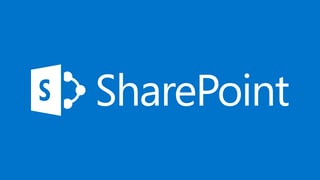 Using an email address with only the first name or just first name and last initial works well for most small businesses. But it can occasionally cause confusion when you have multiple employees with the same name.

Normally, that’s when both employees still work there. We recently ran into a customer case where having a new employee with the same name as an old employee caused an onboarding issue in Office 365, specifically when adding the user to SharePoint Online sites.

The actual process of adding her to sites appeared to work – until you refreshed the user lists on that site. She wasn’t actually being added. We went through the process a few times, with the same result.

That’s when we noticed something funny – the new user wasn’t being added. An old user, however, WAS being added.

Discovering the Root Cause

It turns out – the old user being added was the key to figuring out what was going on.

This customer uses the first name@company for their email addresses and Office 365 aliases. The customer previously had an employee with the same name and the same email address who was no longer at the company.

When trying to add the new user, SharePoint was associating the email with the old user (who previously used on SharePoint) and pulling her in rather than the new user.

The old user had been deleted entirely from their Office 365 tenant. For some reason, despite that, the user wasn’t deleted entirely from SharePoint. When we talked to Microsoft, we were told it was a glitch in their system. Not great news, but it did mean there wasn’t anything we (or the customer) could’ve done differently while offboarding the old user.

How We Fixed It

This turned out to be an easy fix once the root problem was discovered. We just had to completely delete the old user from SharePoint.

To do this, we had to bring up the list of ALL users for each SharePoint site. The easiest way to get to this list is by replacing the last number In the URL for the site with zero. Once we were on that screen, we deleted the old user from each site (this had to be done individually).

Once the old user was deleted, the new user was added to the sites using the normal method.

In IT, fixing the problem isn’t always the hard part. The hard part can be finding out what the root cause of a problem actually is. If you’re just putting quick fixes on IT issues rather than searching for the root cause, you’re likely going to end up with more problems down the line.

How To Get Teams for Free
Are Your Workers As Connected As They Could Be?
This Digital Transformation Can Reap Big Business Rewards
How to Use Microsoft MyAnalytics to Improve Your Productivity.