What is an Incident Response Plan (IRP)?

What is an Incident Response Plan (IRP)?

An incident response plan is defined as the documentation of a predetermined set of instructions or procedures to detect, respond to, and limit the consequences of malicious cyber-attacks or an organization’s information systems. In shorter, simpler terms, it’s the written plan your team has to respond to specific problems with your IT systems.

There are always scenes from our favorite TV shows and movies that connect to real life with us, but few mirror today’s topic better than Dwight’s massive overreaction on The Office. After being ignored about his fire incident response plan, he foolishly creates a fake fire that scares the entire office into a massive panic. Lots of laughs, lots of fun.

Dwight’s incident, the fire, needed a better plan. And as far as your business is concerned, this kind of panic-inducing drill – and this should probably go without saying but just in case – should never be anywhere near your IT department, or anywhere else.

Approved by CTOs typically, incident response plans, or IRPs for short, ensure that your team's response is as effective as possible. These kinds of plans are necessary to minimize damage caused by external cyber threats like data loss, abuse of resources, and the loss of customer trust

Why do you need an Incident Response Plan?

If your business hasn’t been the subject of a digital break-in attempt yet, the likelihood that it will be at some point is very high. The Accenture State of Cyber Resilience Study showed that a typical organization experiences an average of 230 security incidents per year. Now that may not be how many incidents your business has on its books, but as an average, the numbers are pretty stark. 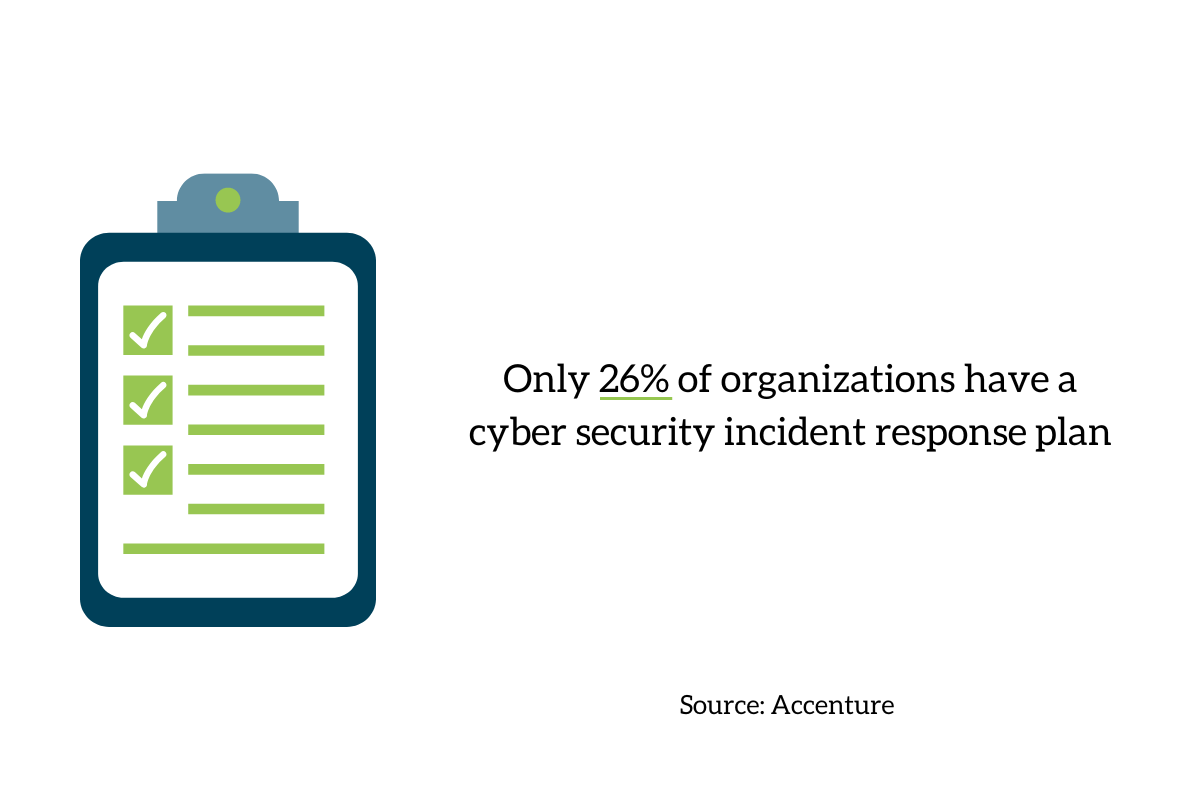 How does an Incident Response Plan help?

Regardless of how you solve the problem – and we’ll get into that shortly – the response plan you have to each incident can literally be the difference between staying in business and shuttering your doors. The good news is, IRPs aid your business more than just acting as a north star, namely:

Every incident response plan is going to be different because every scenario is unique to the organization and its key stakeholders. But just like every time we say “this is unique to your business” there are exceptions, namely six steps to effectively handle security incidents:

If you are looking for specific plans and templates, this blog from Exabeam has an entire section dedicated to that. If you have an MSP or IT support, reach out to them to see if part of their service offering is to help create IRPs.

How do I develop an Incident Response Plan?

So you’re well aware at this point about why a response plan is important. In fact, you likely already have response plans on the books... at least, we hope so. But you may be unfamiliar with the production, from conception to finalization, of a proper IRP. If you are anxious to start writing one out, below is a step-by-step list to get you started.

If you are ready to start protecting your business from cyber threats, click here

While these terms overlap a whole bunch, they are actually separate and should be treated as such. The short answer is Incident Response is the whole process of identification, eradication, recovery, and more, while business continuity is the way to get your business back up and running after something, a disaster or accident, happened.

Incident Response Plans may seem like a redundant or extraneous step to some, but the reality is they’re incredibly critical to preserving your business. Plans are complex, but with a cyber incident response team at the helm, your chances of mitigating the fallout that can come from breaches and cyber security attacks is maximized!

If you're working through your first incident response plan or adding to an existing one, give us a call at (864) 552-1291 and we'll help you evaluate capabilities and options. Also, sign up for PTG Tech Talk for bi-monthly tech news, and consider following us on LinkedIn, Facebook, and Twitter!