Is The Future of the Cloud Underwater? Microsoft Thinks It Is.

Is The Future of the Cloud Underwater? Microsoft Thinks It Is.

It sounds like something cooked up in a sci-fi film, but Microsoft has been quietly working on a project called "Natick" which aims to move some of its data centers underwater.

The thinking behind this ambitious project is that 50% of the population lives near the coast and they are becoming more dependent on online applications all the time. By sinking data centers just offshore, Microsoft believes it will one day be able to create cloud storage capacity anywhere large populations need it in much less time than current data centers take to build and get up and running.

"As we look at the world today, we see many more interactive applications, things like AR and VR. In order to really address that and provide this more responsive cloud, one of the things we look at is bringing the cloud closer to our customers," says Ben Cutler, Project Natick Manager, Microsoft Research. 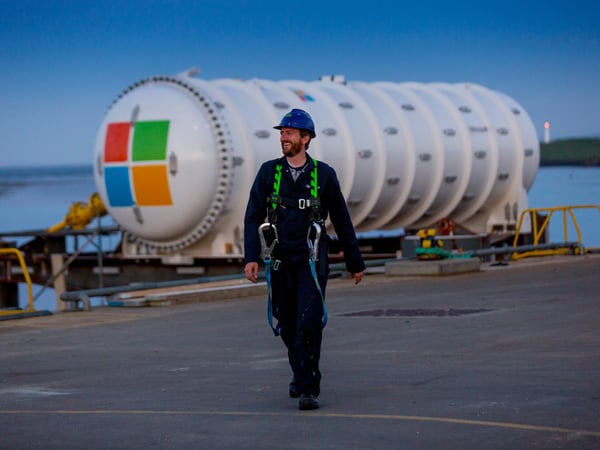 Today, data centers cost a lot to construct on land and can take years before they are ready to provide cloud service. With more and more of the earth's population going online, Microsoft knows this process has to be more streamlined in the future.

What's the status of project Natick?

This project was born as an idea in a whitepaper in 2014. Microsoft decided to act on the idea and hired submarine builders Naval Group of France to construct and deploy a test vessel and to adapt the heat-exchange process normally used for cooling submarines to cool the 12 server racks that make up this new type of data center.

In the first stage, a proof-of-concept center was sunk off the California coast and left submerged for 105 days to test the waterproofing of the external shell--which will one day be able to house 864 servers plus the cooling infrastructure.

Microsoft is currently in Phase 2 of this long-term project. They have already put one 40-foot long operational data center in the sea, just off the coast of Scotland's Orkney Islands.

That data center currently sits 117 feet under the sea and runs on renewable power supplied by Orkney. Microsoft will continue to test its performance for five years, monitoring things like power consumption, internal humidity levels, and core temperature. The center gets its power from a combination of solar, wind, and wave energy. So far, one year in, the underwater data center has proved more reliable than its landlocked counterparts!

What about server maintenance?

This is a valid question and one that Microsoft's team is still working on. However, by removing the human element and creating a data center that can be sealed off, lights out and filled with nitrogen instead of air, the connections and life of the hardware should be extended.

Watch a video about Project Natick. 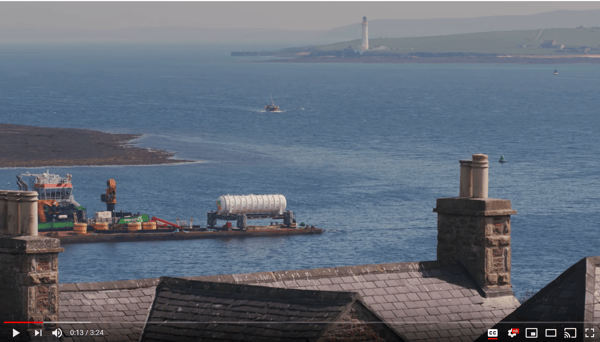 Did you know that PTG was named Microsoft's Cloud Partner of the Year in 2016? If you're looking for a scale-able cloud solution to move your business forward, contact us today.

These 4 Tech Innovations Displayed at Microsoft Inspire are Full of Rich Opportunities.
Check Out These New Meetings and Call Features in Microsoft Teams!
What Is An Always Connected PC? And What Are They Good For?