Watch Out for This Office 365 Phishing Email

Watch Out for This Office 365 Phishing Email

Office 365 users are now being targeted in a pretty convincing looking phishing attack.

Phishing attacks, a common tactic used by cyber criminals to try to trick you into giving them your information, are nothing new. In fact, it's likely if your company has already been targeted by phishing (and if you haven't been, it's a matter of when - not if) and it's getting harder and harder to spot the malicious emails.

The Office 365 phishing attack is a perfect example. The email appears to be an automated alert email from Microsoft saying the user's Office 365 account has been suspended and asks them to sign in to reactivate your account. While the email does look realistic, there are some major red flags. 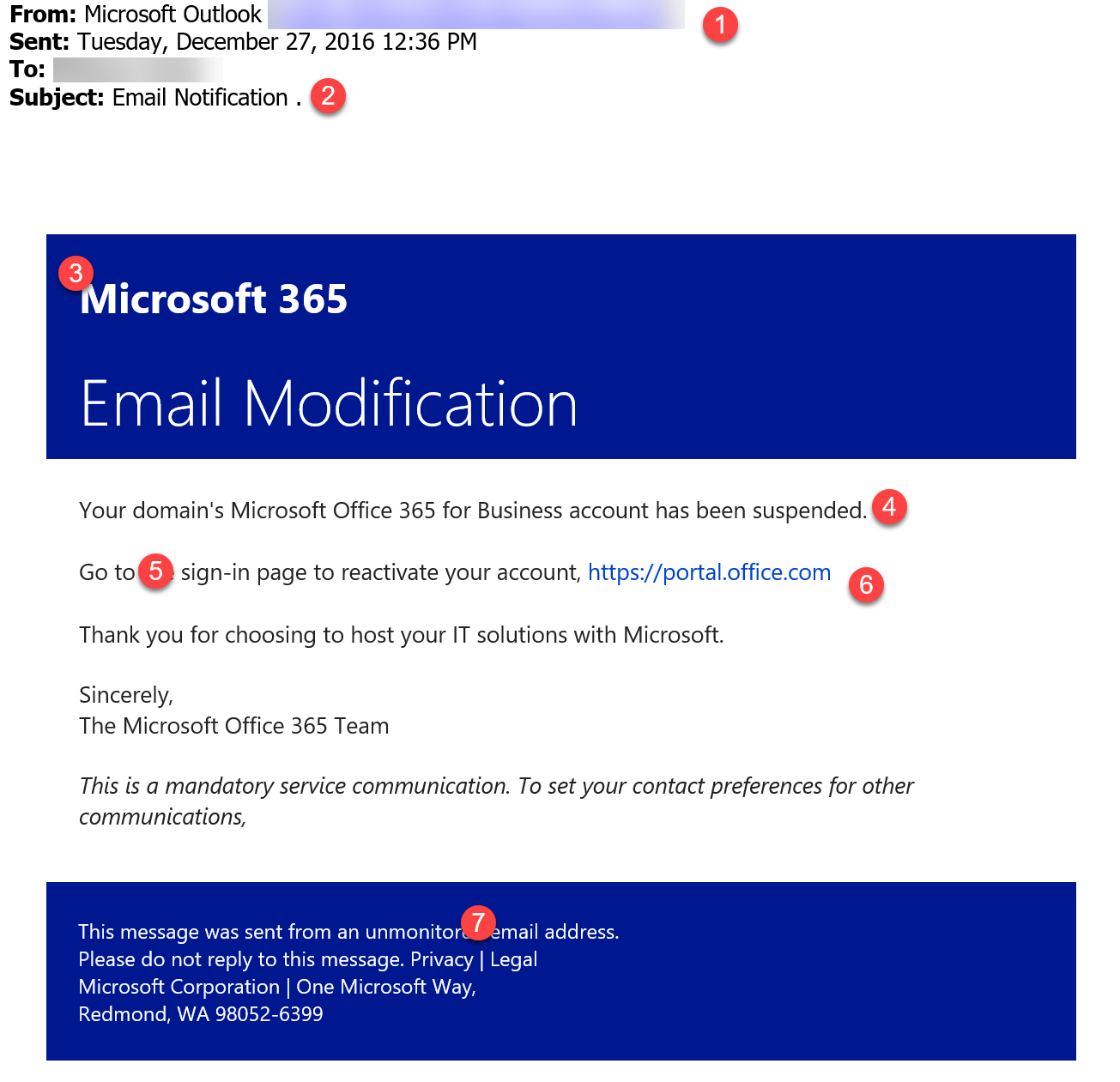 If you were to click on the link in the fake email, you'd be taken to a pretty convincing looking Office 365 log in page. But it has it's own red flags: 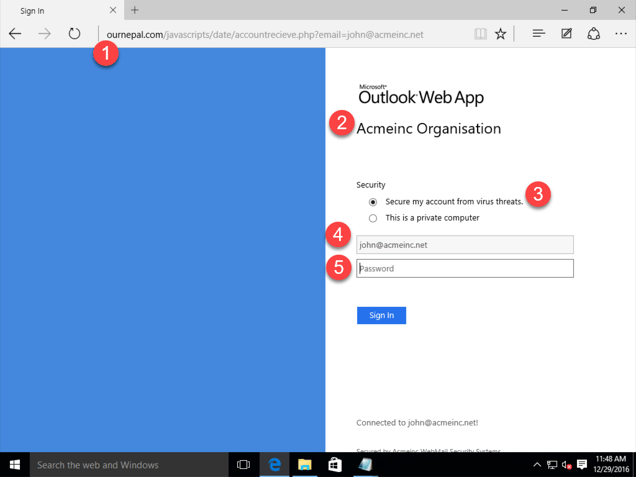 Once you put your password in, it redirects you to a Google doc. At that point, it's pretty easy to figure out that something is wrong. But before that, you may not know.

It's easy for us to spot these red flags, because we're an IT company and a Microsoft partner who deals heavily with Office 365. We think about this all the time. We know the warning signs for phishing email and know what real Microsoft emails look like. For reference, here is a real Microsoft alert email (click to view at full size):

There is an important thing to notice here: While this alert email has a similar message as the fake alert, it has specific account information and gives a reason for the trial being deleted (expired trial), rather than just saying the account is suspended or deleted with no explanation.

But for the average user, this attack would be pretty easy to fall for. Knowing the warning signs of a phishing email is incredibly important as these attacks become more and more common. Check out this blog post for tips.

If you have entered your email in a log in screen and gotten redirected to something like a Google Doc (or anything else you aren't expecting), it's likely you've fallen victim to a phishing attack. You'll need to change your password immediately (and the password for any account that uses the same log in information) and contact your IT company to help you make sure attacker is out of your system.

If you're ever suspicious about an email or something just doesn't feel right, don't click on anything and don't enter your information into a sign in screen that comes up if you have already clicked. Reach out to your IT company if your suspicious. We actually have a demo environment here we can use to open suspicious emails like this and check to see if they really are malicious. It's better to take the extra few minutes to check than to fall victim to an attack.

(Edit 8/22/2017: We recently started seeing a new phishing attack targeting Office 365 users made to look a spam quarantine message. Check out the full post here. You can read more about security for small businesses in our Ultimate Guide to Small Business Cyber Security.)