Windows 10 will be getting its first big update this month. Here are the changes and new features coming to Windows 10 users.

Microsoft has said this is the start of the plan to have a semi-annual release for Windows 10 of major new features, tools, and apps.

The overall goal of this update is to bring even better performance, security, and productivity to Windows 10.

This update is in its final testing stage now and is expected to be available to everyone in late May. As with other major Windows updates, this one is also free.

Will there be a new Windows light theme?

If early preview versions hold true, the 1903 update will come with a "light" theme that will have new icons and a lighter-colored Start menu and taskbar.

Users should be able to mix and match elements from the light and current dark themes to customize a look that suits them. 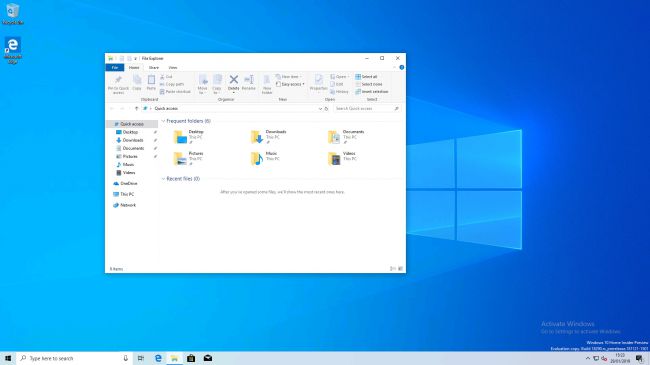 Sign in features will include more indentity options like: Windows Hello Face, Windows Hello Fingerprint, password, or Picture Password. In addition, there’s a new option to set up a security key to authenticate with the operating system.

Microsoft has spent a lot of time working on the Start Menu. May's update should bring a cleaner start menu, with a simpler one-column design for tiles and shortcuts for pre-installed apps so they don't take up as much screen real estate. You can also right click on a tile to unpin it from the Start. The navigation pane will no longer expand when you hover over it.

The Start menu has also been seperated from other processes that are running. Isolating the startup experience should help with speed and debugging.

There is also something called an "acrylic effect" that is part of Microsoft's Fluent Design. This effect brings a translucent texture to the background of the login screen, to focus more on actionable controls.

Of course, acrylic effect can be disabled for users who decide they don't like it. 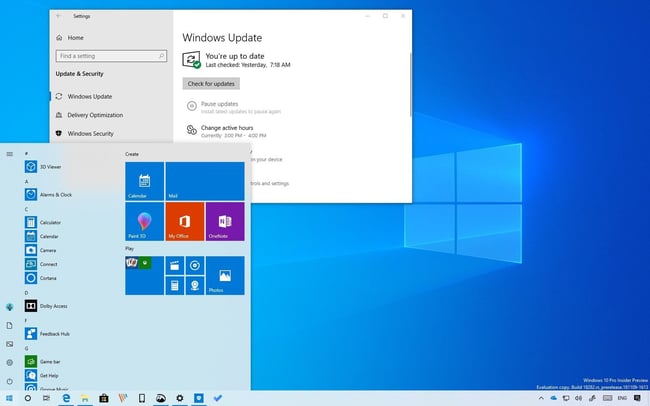 Search and Cortana are breaking up

I'm sure search and Cortana will still be friends, but they've decided to breakup. Rumors have been confirmed that Cortana has been seen hanging out with Alexa. Search just wants to focus on being single for awhile.

In all seriousness, though, Search will have a new landing page with an improved design that features a user's recently opened apps and activities.

Microsoft has re-positioned Cortana as a supportive app -- rather than a direct competitor to other digital voice assistants. This doesn't mean Microsoft is giving up on Cortana. In fact, development teams are working on improving her conversational AI abilities.

A new "disconnected" icon will show when there is no internet connection available on your device.

A microphone icon will appear when your mic is being used and double-clicking it will bring up the microphone settings.

Action Center will add a helpful slider to change the screen's brightness to any level instead of only pre-set options.

Removing buttons becomes an easy right-click instead of having to open the Settings menu.

Microsoft is introducing a new default date format, they are calling it "friendly dates." This means a document's modification date will display as a phrase like, "three hours ago" instead of the previous date and time format.

If you decide you prefer the old method, this can be changed in File settings. 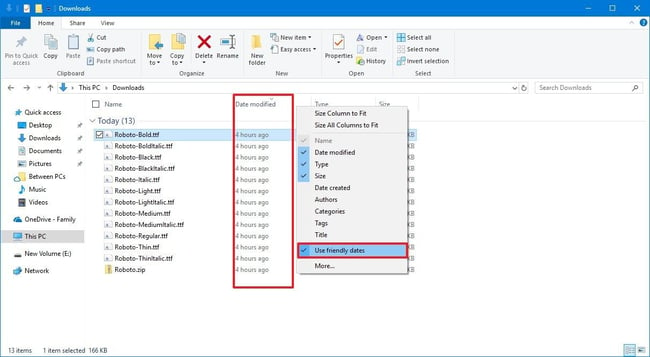 In the settings page, focus assist will have a new feature that allows users to remove distractions while working full screen. This will be set using a toggle switch called: “When I’m using an app in full screen mode.”

Offboarding won't delete them completely, just remove them from the menus and taskbar. You can always bring them back.

Tired of automatic updates? Starting with this May 2019 Update, Windows 10 will stop forcing upgrades on devices. Users will just receive a notification when a new version is ready, giving them the option to upgrade or ignore it.

There are many more subtle, yet welcome changes to the print screen, power and sleep options, storage settings page, and more. In addition, the well-received Chromium-based Edge will be the default browser.

It appears the overall goal with the Windows 10 1903 update is to give end users easier control over the little things that eat up valuable time -- taking them away from productivity and focused work. If tests of early release versions are any indication, this update has solved some common user complaints about Windows and is poised to become the most secure and user-friendly Windows update yet.

If your business is behind on Windows versions and you're starting to worry about losing support, we'd be happy to assess your software needs.